In 1993 Dima Todorova created the first of a kind beauty studio in Bulgaria for hair extension and hair thickening. 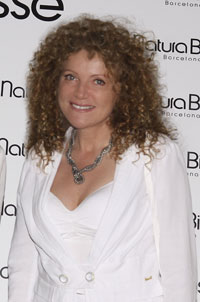 Through the years Dime Style proved itself as a leader in this segment with highest quality for the offered services, hair itself and well qualified personnel.

Dima Style created and patented unique methods for hair extension and hair thickening admired in the best European beauty studios in London, Paris, Berlin, Hollywood stars as Simon McKinon from “Bay Watch” and Angel Boris from “Beverly Hills” who were our clients during the film making in Bulgaria.

Besides the methods of hair extension, Dima Style for the first time in Bulgaria invented the term permanent makeup 20 years ago.